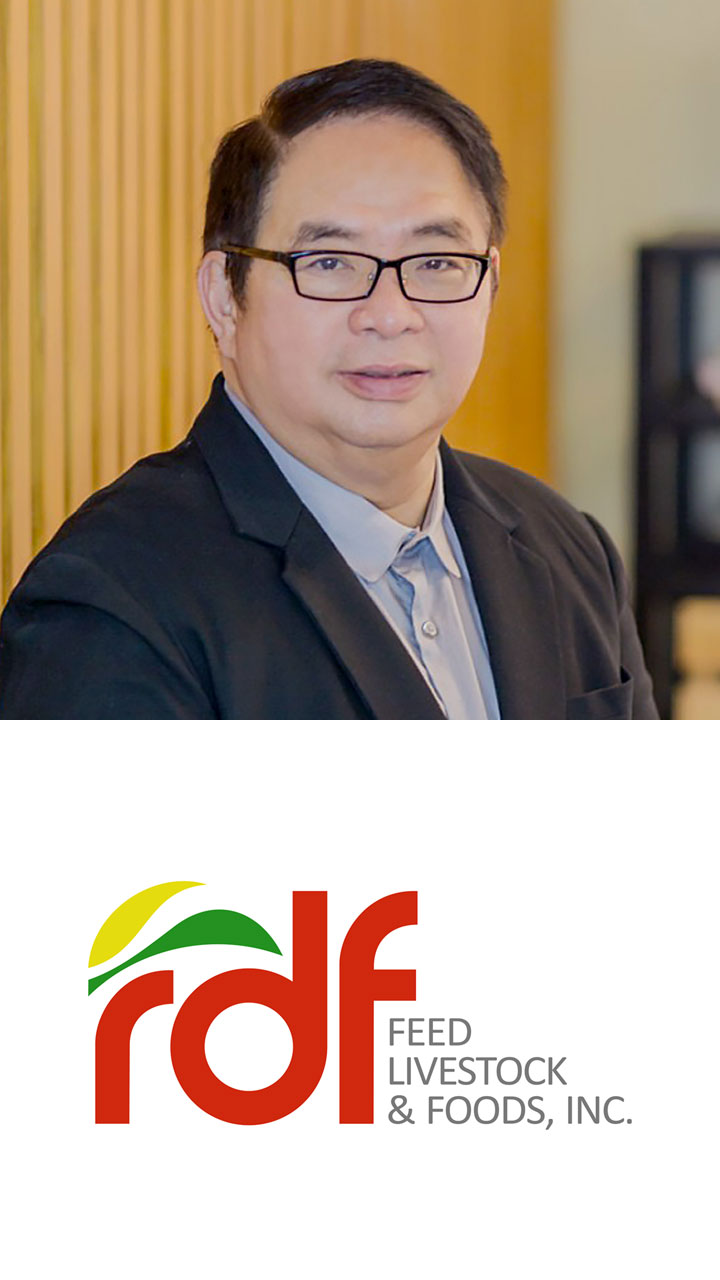 INSPIRED by his personal commitment to producing quality food for the nation, Robert Lo grew his business from a single poultry farm to a large food company.

Today, RDF Feed, Livestock & Foods, Inc. (RDF) manages a variety of modern poultry and pig farms in Pampanga and Tarlac equipped with industrial facilities including a feed mill, slaughterhouse, and meat cutting and processing plants. As part of its ecosystem, RDF owns and operates a chain of meat shops to provide maximum value.

Mr. Lo, a veterinarian, first experienced entrepreneurship in a small department store owned and operated by his parents. After experiencing a setback in his educational endeavors in 1984, which he later saw as a blessing in disguise, Mr. Lo founded RDF in 1988. He started out as a poultry farmer for large integrators but jumped at the opportunity to expand after realizing what he needed: housing, management and work. By 1991 he had opened two more poultry farms in Pampanga and was no longer a contract breeder.

His entrepreneurial journey has faced challenges such as disasters and animal-related pandemics. The 1991 eruption of Mt. Pinatubo destroyed its poultry farms. Rampant smuggling of chicken thigh quarters during the Asian financial crisis in 1997 resulted in 10 million pesetas in losses for RDF, while several other poultry companies were shut down. Disaster struck again when Typhoon Reming strengthened the Lahar River and wiped out one of its farms.

One of Mr. Lo’s biggest challenges was dealing with substandard feed from different suppliers. With a background in animal nutrition as a veterinary graduate, he formulated his own high quality feeds.

Realizing that he could not rely on a single product for growth, Mr. Lo opened a pig farm in 2001. However, two farms were wiped out after being struck by African swine fever (ASF). With the help of a veterinary molecular epidemiologist and by strategically dividing his farms, Mr. Lo said the farms are now operating at normal capacity without having to wait for a vaccine. Its investment in a lab for testing and tighter environmental controls also prepared the company for other potential exposures.

Mr. Lo sought to make the company’s food products more accessible to larger markets by transforming his business into a vertically integrated company. While selling livestock through intermediaries is common in the industry, he instead opened his own meat shop in 2005 to distribute his company’s produce.

Fresh Options Meatshop, which began in an Angeles City supermarket, has now grown to more than 180 stores with a chain of standalone stores and a presence in local supermarkets. When the coronavirus pandemic hit in 2020, RDF quickly moved online to continue offering customers quality meat.

Faced with poor chicken sales, Mr. Lo produced value-added chicken products such as embutido, nuggets and tocino. To combat inventory build-up, he added distribution channels in the form of two restaurants. Roberto’s is a western-inspired restaurant in San Fernando, Pampanga. Hot Kitchen by Fresh Options, which offers homemade, ready-to-heat and ready-to-cook products, has offices in Quezon City, Mandaluyong and Taguig.

One such program is RDF University, which offers in-house leadership development programs. The company also offers free training to select employees at various institutions such as the University of Makati, TESDA for the NCII certification and the Ministry of Education’s Alternative Learning System for junior high school education. Mr. Lo is also a member of the Pampanga Chamber of Commerce, where he guides small business owners in improving their own operations.

RDF also has various environmental, social and governance practices. Its state-of-the-art farms are accredited by the Bureau of Animal Industry for animal welfare and good animal husbandry practices, meaning these farms have met the most stringent animal welfare and food safety requirements.

In its pig pens, RDF uses smart air-conditioned pens, a three-week batch pig flow program and artificial insemination. His poultry operations took a new approach to hatching, increasing the energy level of their own feeds instead of using artificial heaters. The use of bespoke chicken cage systems resulted in more efficient manure collection and helped control fly infestations in the community where the farms are located.

Mr. Lo said he has never been afraid of failure in his three decades of experience. Instead, he found that setbacks are lessons to learn from. Before RDF, he had other businesses that failed, such as a quail farm, a small animal clinic, and Robbie’s Deli in a Haste, a food-from-the-wall concept store that sadly closed after just a year.

He learned from those mistakes and now applies data science to gather consumer insights before developing new products. RDF’s plans for future growth include using AI to collect data faster and easier, as well as more effectively analyze consumer behavior and identify trends.

Despite the scale of his business, its many moving parts and the many challenges he faced, Mr. Lo said he sees the value of his work in maintaining food security, supporting local communities and improving the quality of the agricultural sector. That’s why he emphasizes to young people: “Enjoy what you do, so that you remain efficient and motivated even when there are difficulties.”